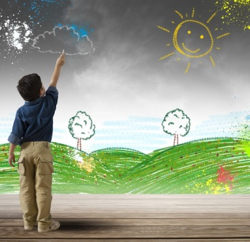 Call it a new form of mind control or a medical breakthrough, but Mid-Southerners suffering from migraines, concussions on the football field, and even post traumatic stress disorder in soldiers are getting relief from a new treatment.

Dr. Dale Foster, PhD of the Memphis Integral Neurofeedback Institute calls what he does 'brain training.'

As a photographer documenting the war in Afghanistan, John Collins saw and experienced things that will stay with him forever.

He returned home an insomniac unable to sleep for days at a time, had severe symptoms of post-traumatic stress disorder and suffered migraines from multiple concussions.

"I was involved in about 23 combat missions, and they were all high risk so basically something went boom every time we went out," said Collins.

For Foster, Collins’ case was challenging but a perfect fit for the work he performs as a clinical neuropsychologist.

"If your brain has a specific region that needs help, then neurofeedback can target that region and train that region," Foster said.

During a clinical session as Collins watches a movie wearing a brainwave cap, Foster collects his data.

Breakthrough technology allows him to use that neurofeedback to help treat issues associated with athletic brain injuries, trauma, ADHD, autism,
and anxiety.

"You can literally, with this neuroimaging, electrical neuroimaging feedback, pick out the regions that are not working well and train them to normalize," said Foster.

Foster said this kind of cutting-edge technology is an option for those who are apprehensive about medication or would like to decrease their dosage.

"What I really love about this program is there are no drugs involved at all," Collins said. "It's all you. It’s all 100 percent of your brain repairing itself."

"Medication is kind of like putting a cast on a broken arm, it can be helpful but eventually you want to take the cast off," said Foster.

"All that stuff and nothing was working until I came here and I was really shocked at how quickly, I mean it was like two or three sessions I started sleeping at night," said Collins.

Part of Collins' brain training focuses on his breathing.

"Coming here I've been able to slow my breathing down, get more oxygen to my brain and actually relax," he said.

With advances in technology, Foster believes one day patients may actually be able to perform their own brain training at home using a smartphone.

As Collins continues on his road to recovery, he knows some images from war he may never be able to erase.

As for his sleepless nights and stress, brain training has helped tremendously.

"I had a migraine at home last week and I actually made it go away on my own just by doing my breathing exercises and relaxing and getting into my happy place as I call it," Collins said.

Neurofeedback is not a new technology. It's actually been around since the 1920's but Foster's team considers it still an untapped resource